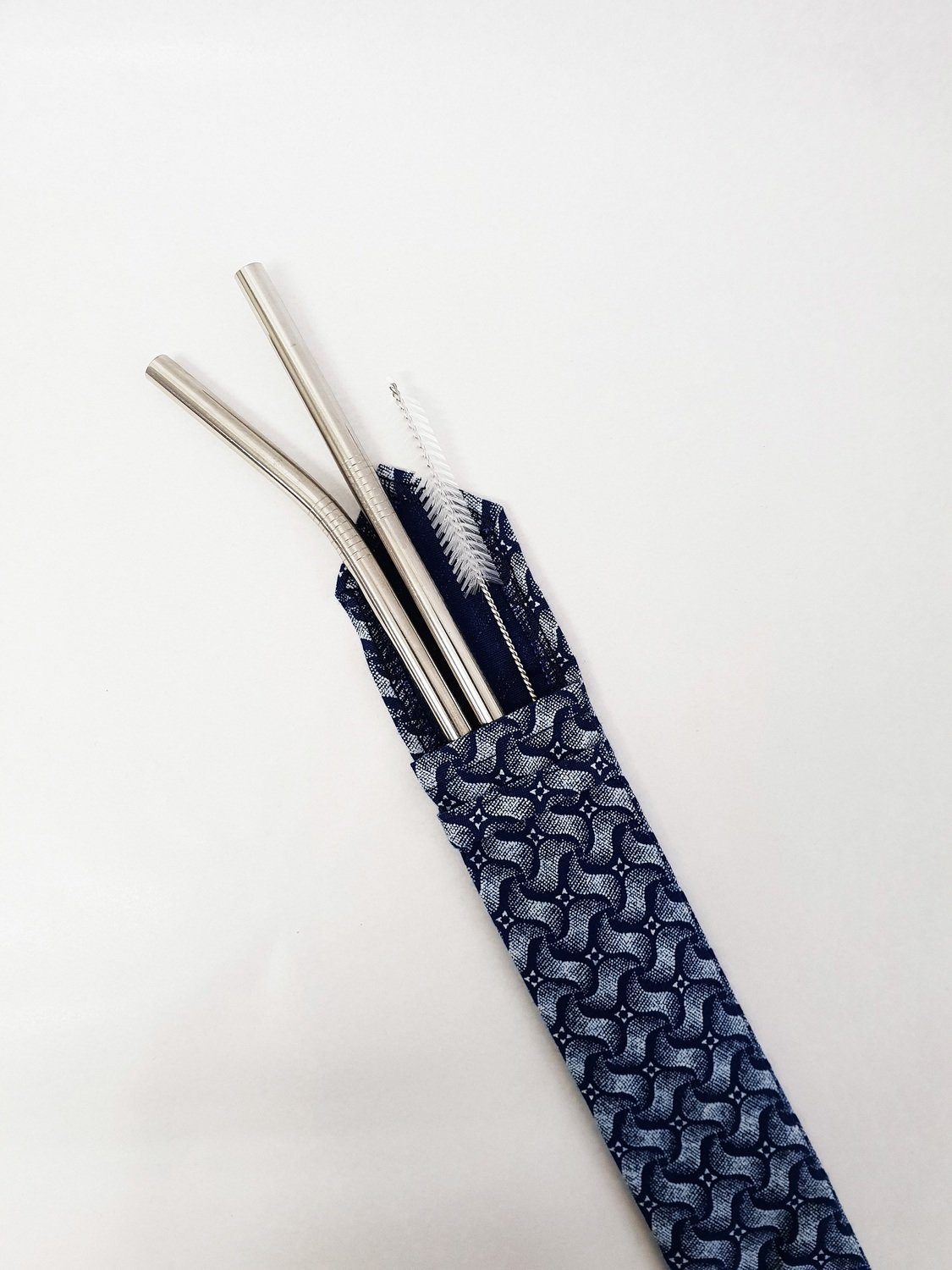 * Please note that the contents in bag are not included

Perfect little Pouch to store your reusable straw in your handbag or glove compartment, avoid filth getting into your straw.

The local name shweshwe is derived from the fabric's association with Lesotho's King Moshoeshoe I ,also spelled "Moshweshwe". Moshoeshoe I was gifted with the fabric by French missionaries in the 1840s and subsequently popularised it.

It is also known as sejeremane in Sotho and ujamani in Xhosa, after 19th century German and Swiss settlers who imported the blaudruck ("blue print") fabric for their clothing and helped entrench it in South African culture.

Shweshwe is traditionally used to make dresses, skirts, aprons and wraparound clothing. Shweshwe clothing is traditionally worn by newly married Xhosa women, known as makoti, and married Sotho women. Xhosa women have also incorporated the fabric into their traditional ochre-coloured blanket clothing. Aside from traditional wear, shweshwe is used in contemporary South African fashion design for women and men from all ethnic groups,as well as for making accessories and upholstery.

Save this product for later